HomeGadgetsUltimate Guide To Choose The Fujifilm Mirrorless Camera In India

Ultimate Guide To Choose The Fujifilm Mirrorless Camera In India Why choose a mirrorless camera?

Although none of the main DSLR manufacturers are currently working on any new models. And have stopped years ago, such cameras and their accessories will still be available. For purchase and use for many years to come. Canon, Nikon, Fujifilm, and Sony have discontinued various lenses, although they will still be accessible for a very long time.

Mirrorless cameras have significant benefits over DSLR cameras that go far beyond size and weight, even though DSLR cameras aren’t “dead.” Except for a few purposefully compact optics and light, Canon, Nikon, and Sony’s camera and lens development programs no longer prioritize size and weight.

Mirror-using cameras are kludges that complicate the design of the cameras they are a part of. In a standard DSLR, a pentaprism with a bigger reflective surface bounces light into the viewfinder, numerous mirrors are employed to send some light toward the autofocus mechanism, and a separate exposure sensor is located within the pentaprism housing.

A shutter is used to control how long the sensor is exposed to light, blacking out the image in the process. An autofocus and exposure calculation can be made right at the sensor, and the picture from the sensor can be transferred to the viewfinder, eliminating the need for mirrors. There are no blackouts when using the Nikon Z9 camera since it employs two electronic streams from the sensor, one of which always sends an image to the viewfinder.

What to look for in a FujiFilm mirrorless camera

It’s important to think about what you’re shooting. Why are you shooting? Is it portable? Would you prefer full-frame sensors? Has it been weather sealed? Is it important to ensure you get a high-performance AutoFocus model for fast movement? Can it record a video? Keep these in mind when shopping for the best camera in India from the top brands like Fujifilm.

With its pre-buffering feature, the Nikon Z9 can offer you a choice between shots you might have taken just a second earlier. If you were a bit faster on the trigger while taking pictures of sports or an event.

Your DSLR with 61 phase-detect points may do a great job. But those points are clustered around the center of the screen. Mirrorless cameras can have thousands of such points covering virtually the entire sensor. They’re not cross-type sensors, but they don’t need to be.

In addition, with the Nikon Z9, you can select different focus points/areas based on the camera orientation or, if you’re capturing hurdlers using trap focus. Have all the points in the upper third of the frame. It’s possible to choose what eye you want to focus on. Whether it be the eye of a human, bird, or animal. When focusing on reception photos, tell the camera to put the bride’s family first.

You can expect other features from your camera, such as 30–120 frames per second. No shutter, a Zebra indicator, and acceptable compatibility. Some models might offer legacy lenses (even across platforms), improved lens designs with shorter registration distances and wider mount throats, and superior movie features (some models don’t have a 30-minute limit).

Shop the best cameras at Bajaj Mall. You can either rely on your membership card for the purchase or opt for the EMI option. That facilitates payment in monthly installments rather than in one go. Use this convenient method of shopping to bring home your favorite mirrorless camera today.

Read More: How to Install Netflix on Roku 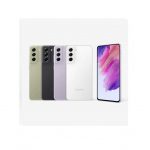 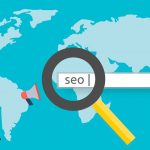 Ultimate Guide To Choose The Fujifilm Mirrorless Camera In India